On 8-9 May 2010 World Migratory Bird Day was celebrated in over 40 countries around the world. Under the theme “Save migratory birds in crisis - every species counts!”, over 90 registered events took place around the world. The 2010 campaign was closely linked to the International Year of Biodiversity and raised awareness on globally threatened migratory birds, with a particular focus on those on the very edge of extinction – the Critically Endangered migratory birds. 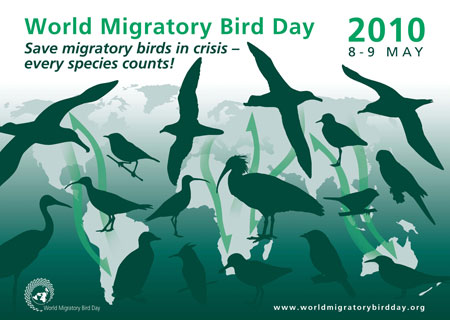