Lead Poisoning in Waterfowl: 30 Years of Progress but there Is still Work to Do! 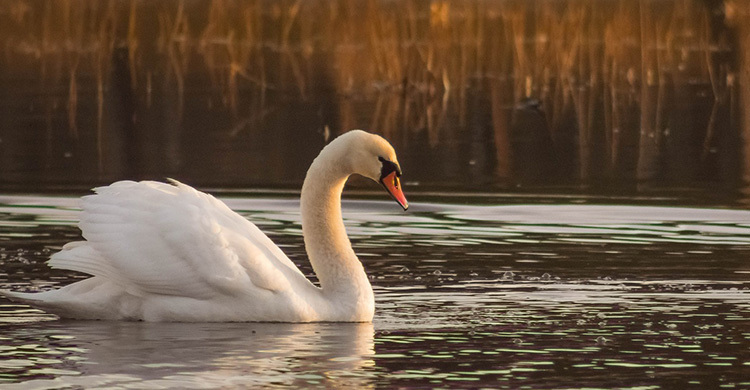 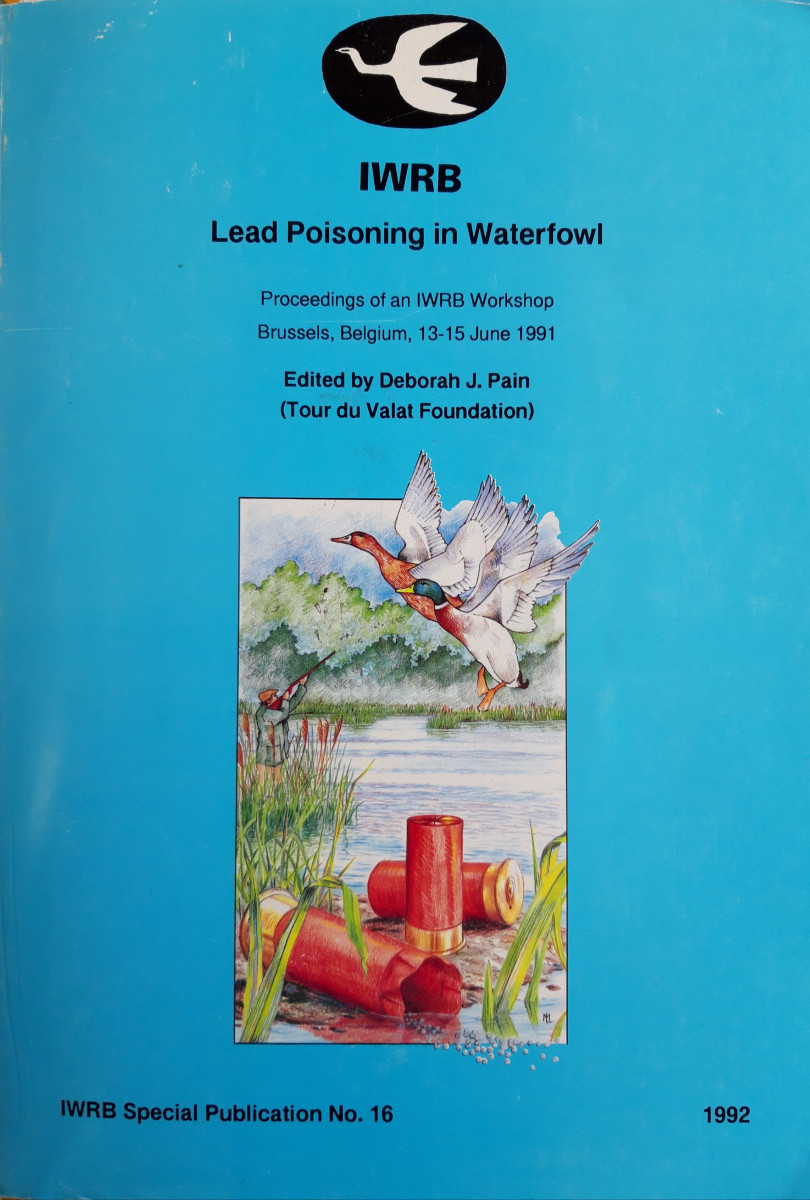 Bonn, 15 June 2021 - Thirty years ago, on 13 June 1991, a major international meeting convened to address how to eliminate the poisoning of waterbirds with toxic lead gunshot.  Shot is deposited on the ground whenever it is used and subsequently kills when it is consumed by waterbirds.

The conference was organised by the International Waterbirds and Wetlands Research Bureau (now Wetlands International) and its aim was to review the extent of the problems of lead poisoning throughout the world and identify possible solutions.  It “concluded that the only effective solution to this problem, other than the cessation of hunting, was the replacement of lead shot with non-toxic alternatives.”  The outcome was “the unanimous commitment of all groups represented [governments, the non-government hunting and conservation organisations], to overcome what was perceived as a serious problem for waterfowl.”i

That outcome– to phase out the use of lead gunshot to prevent waterfowl poisoning – has stimulated much conservation both internationally and nationally in the three decades since.

In fact, the issue was already so much on the radar that the founders of the African Eurasian Migratory Waterbird Agreement (AEWA) included the phasing out of lead shot in wetlands as one of the legally binding obligations for AEWA Parties in the AEWA Agreement text from the outset.

In 1995, AEWA adopted as one of its goals that its signatories “shall endeavour to phase out the use of lead shot for hunting in wetlands by the year 2000.”

Since then the topic has also influenced a number of other international conservation treaties as well.

In 2014, the Convention on Migratory Species resolved to “Phase-out the use of lead ammunition across all habitats (wetland and terrestrial) with non-toxic alternatives within the next three years …” a decision endorsed more widely by the government and non-government members of IUCN in 2016 at the World Conservation Congress.  In 2017, the Environment Assembly of the United Nations Environment Programme – the world’s most senior decision-making body on environmental issues also recognised the risk of lead ammunition and the need for solutions.

Some countries have made a successful transition to non-toxic hunting.   For example, in the Netherlands the use of lead gunshot was prohibited in 1993, and similarly in Denmark in 1996.  Such complete phase outs have been effective.  Of those countries’ signatory to AEWA, in 2018, 31% reported they had fully phased out lead shot from use in wetlands, with another 12% having partially achieved this.ii

In early 2021, the European Parliament adopted recommendations from the EU Chemicals Agency to prohibit the use and carrying of lead gunshot in wetlands – a ban that will enter into force in February 2023.

The AEWA Secretariat has been actively contributing to and following the process which led to the decision by European Union Member States under REACH, the EU’s framework regulation for chemicals in the past years. The historic decision by the EU is in line with the provisions of AEWA and marks one of the greatest conservation achievements in the 25-year history of the Agreement.

A second consultation is underway with respect of a proposal to phase out lead in other ammunition types as well as from use in fishing weights. 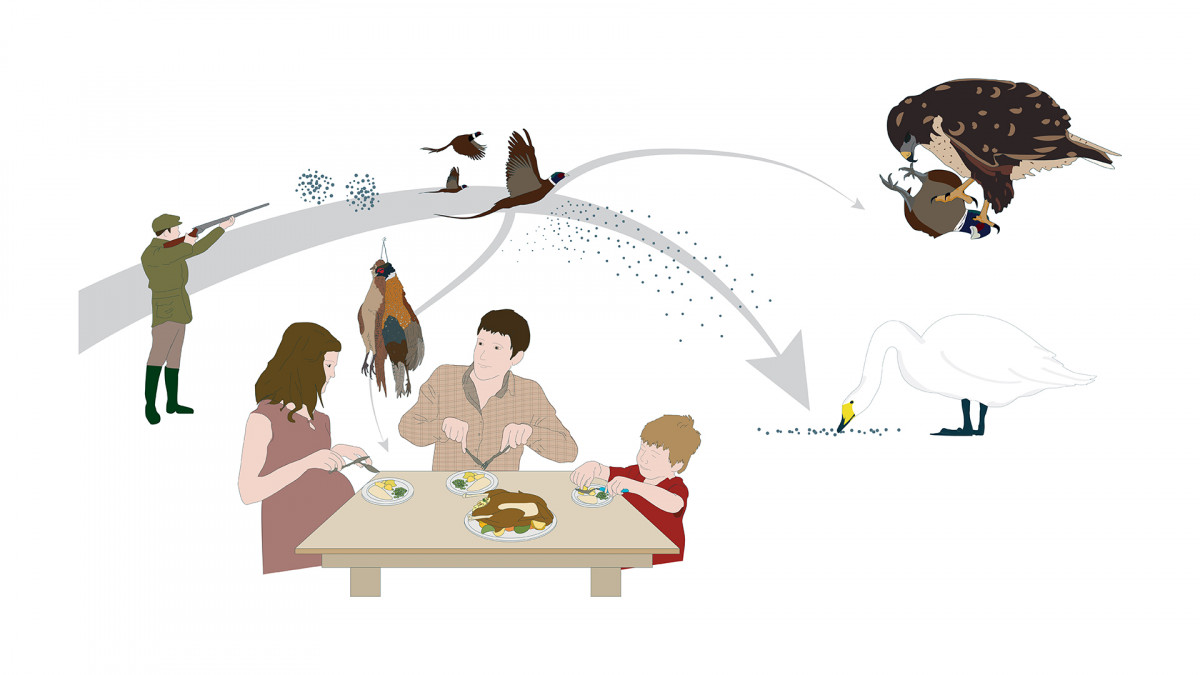 The routes by which toxic lead shot poisons wildlife and exposes humans in their food. The complete transition to non-toxic shot was recommended 30 years ago. © WWT

But lead ammunition is a continued risk

Our understanding of the extent of the problem and risks have grown over these last 30 years since 1991:

The solution pioneered in Europe by Denmark and the Netherlands is simple and has been shown to be successful: a ban of all uses of toxic lead gunshot all along the flyways.

“As a government representative to this meeting, I was really glad to see all groups agreed to overcome this serious problem for waterbird conservation and human health. It was an important step in a long story and the AEWA treaty adopted in 1995 made it clear that lead shot should be banned from wetlands as a first priority for conservation. Many Parties to AEWA have already banned the use of lead-shot ammunition on wetlands. Let us collectively achieve this objective and implement it all along the African-Eurasian flyway” says Jacques Trouvilliez, Executive Secretary of AEWA.

For further information, please see the AEWA thematic page on lead, the Lead Ammunition Hub or contact Sergey Dereliev, Head of the Science Implementation and Compliance Unit at the AEWA Secretariat.

ii National Reports to AEWA’s seventh Meeting of Parties in 2018.