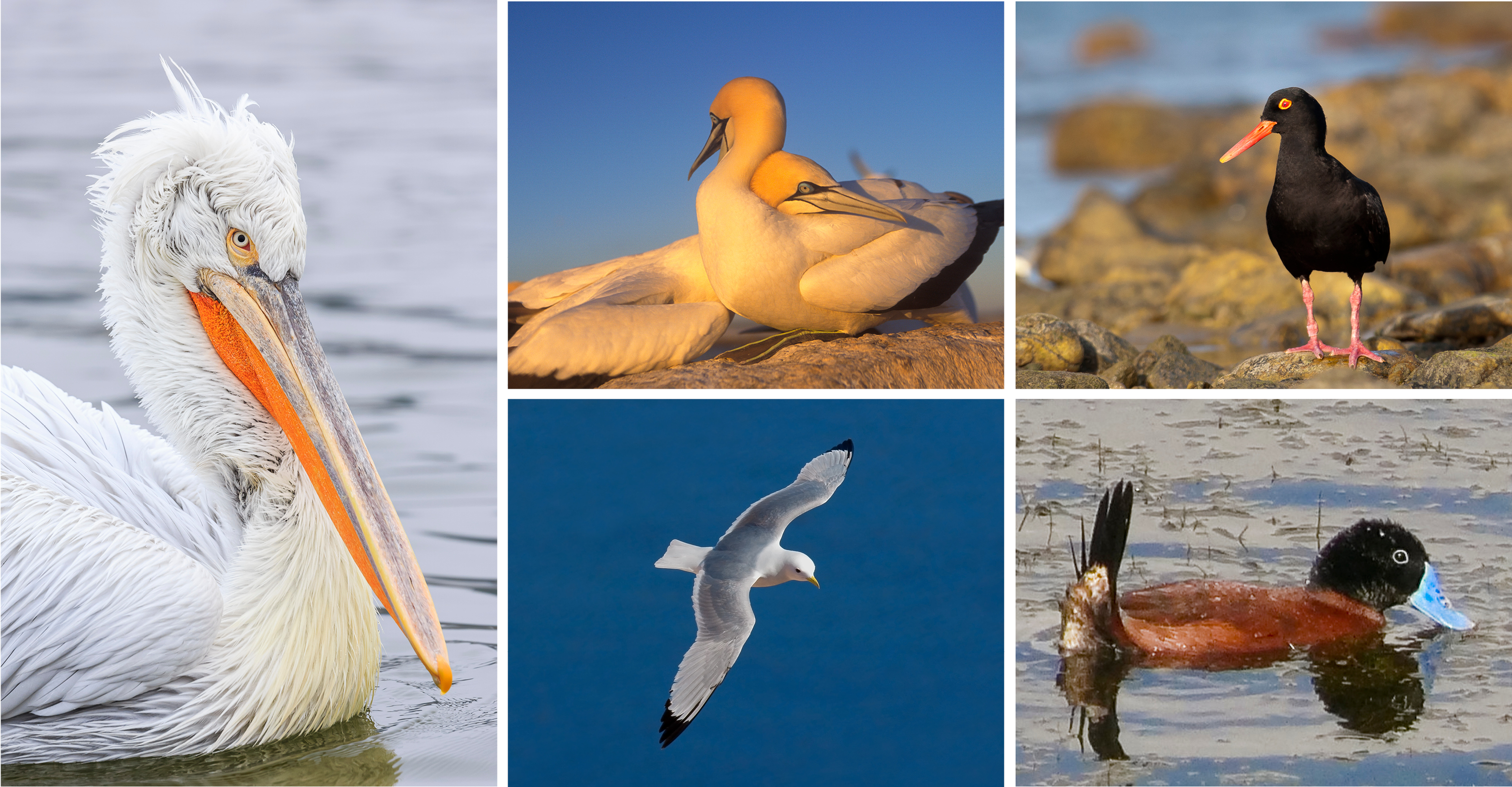 Bonn, 5 February 2018 - Plummeting populations have led to the status of three AEWA waterbird species being upgraded, according to the revised IUCN Red List of Endangered Species published in December. Prey depletion triggered by overfishing has caused severe population declines of the Black-legged Kittiwake and the Cape Gannet. Pollution caused by domestic and urban waste water and agricultural run offs is a major problem for the Maccoa Duck. However, the outlook for another two AEWA species – the African Oystercatcher and the Dalmatian Pelican - has taken a turn for the better. BirdLife International and Wetlands International have collated the data upon which the new assessments are based.

The Maccoa Duck (Oxyura maccoa) faces a series of threats. As it feeds mainly on bottom-dwelling invertebrates that are increasingly contaminated by pollutants, the species is more vulnerable to pollution than other types of duck. Scientists recorded levels of pesticides. Drainage of wetlands for agriculture is destroying its natural habitat. Deforestation causes wetlands to disappear as rapid changes in water levels can disrupt breeding and feeding conditions. Also, drowning in gill nets takes a heavy toll.

A rapid population decline and extirpation in some countries such as Kenya have led to the species’ status being revised from Near Threatened to Vulnerable. The total population is now estimated to amount to 7,300-8,500 individuals.

Urgent and extensive action is required to restore its populations. The AEWA International Single Species Action Plan for the Conservation of the Maccoa Duck proposes a series of conservation activities still to be implemented.

Shrinking food resources and oil pollution are the main threats to the survival of the Black-legged Kittiwake (Rissa tridactyla), while climate change, bycatch in longline fisheries, collision with offshore windfarms and hunting in the Faroe Islands and in Greenland are also affecting the species. A 40 per cent decline since the 1970s has justified its uplisting to Vulnerable on the Red List. The global population is estimated to number 14,600,000-15,700,000.

Seabirds are amongst the world’s most threatened group of birds. The Cape Gannet and the African Oystercatcher are included in the AEWA Multi-species Action Plan for the Conservation of Benguela Current Upwelling System Coastal Seabirds adopted in 2015.

Once abundant, the Cape Gannet (Morus capensis) is now classified as Endangered. Shortage of food due to overfishing of sardines in Namibian waters has seriously affected adult seabirds and slowed down chicks’ growth. Purse-seine fisheries in South Africa have further reduced pelagic fish as a source of prey. Bycatch in fisheries is being addressed by the Multi-species Action Plan. Since the 1950s the global population of this large seabird has more than halved. The most recent population estimate amounts to 246,000 individuals.

But there is good news too. Conservation activities for the African Oystercatcher (Haematopus moquini) have proved to be successful. Scientists estimate that the population almost doubled between 1980 and the early 2000s. This is the result of improved habitat management on near-shore islands. To reduce disturbance from people on the beaches, disturbance-free areas need to be further created. Measures to prevent natural predators from destroying nests have been proposed. There are currently about 4,450 mature individuals. The species has been moved from Near Threatened to Least Concern on the IUCN Red List.

Illegal killing, nest predation, disturbance from tourists and fishers, wetland alteration and destruction, water pollution, collision with overhead power-lines and overfishing continue to threaten the Dalmatian Pelican (Pelecanus crispus). Nevertheless, conservation measures have resulted in a population increase in Europe, particularly in Greece. But also in other countries, numbers of the world's largest freshwater bird have increased thanks to conservation actions. The population is believed to have increased over the past three generations totaling 10,000 -13,900 individuals. Therefore, it has been downlisted from Vulnerable to Near Threatened. However, large declines may occur if conservation actions are discontinued in south-east Europe. An International Single Species Action Plan is being developed. The global plan under the frameworks of CMS, AEWA, EU and the East Asian-Australasian Flyway Partnership will cover all the three populations of the species in the world. It will be presented for adoption at the 7th Session of the Meeting of the Parties to AEWA in December 2018.