“Flight of the Swans” Highlights Conservation Efforts in Estonia 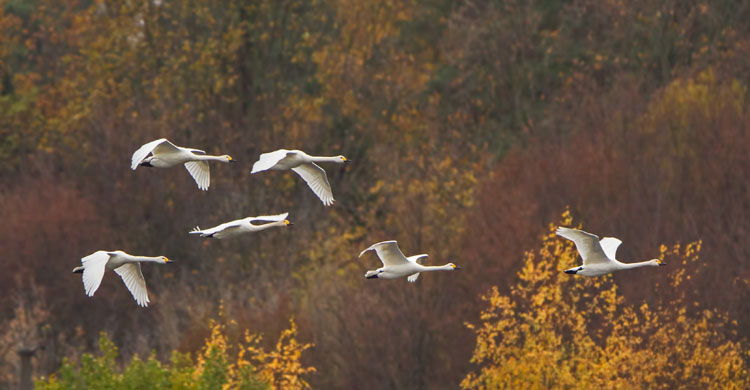 Bonn/Tartu 10 October 2016 – Today the “Flight of the Swans” sees events happening in Estonia. The campaign will track the Bewick’s Swan on its migration route from the Russian Arctic to Britain.

Flying a paramotor, British conservationist Sacha Dench is following the migration route of the Bewick’s swans to understand the challenges these waterbirds face. Although she has been making good progress on her travels through Russia, poor weather and other logistical challenges caused the expedition to run behind schedule. On her behalf, her colleagues from Wildfowl & Wetlands Trust (WWT) will participate in a national action planning workshop and community events in Tartu organized by educational institutions and nature conservation agencies in Estonia.

“Sacha continues to make good and steady progress as she migrates through Russia”, said Julia Newth, Senior Ecosystem Health Officer of WWT, who will be attending events in Estonia this week. “On her travels so far, she has discussed issues affecting swans with many communities, attended two scientific meetings and visited five schools to talk with children about swans and their wetland habitats. There has been coverage of “Flight of the Swans” in the Russian media with broadcasts by Vesty Pomorye, BBC Russia Today and others.”

The aim of the workshop starting in Tartu, Estonia today, is to take stock of and continue to strengthen national conservation efforts for the Bewick’s Swan in Estonia. The meeting will review the implementation of the Estonian National Action Plan (NAP) for Bewick’s Swans and will include Estonian hunters, farmers and NGOs, who will also plan future actions and help raise public awareness. At the Tartu Environmental Education Centre, school events will celebrate the Bewick’s Swan and its migration including a kite festival with swan-shaped kites.

Over the last two decades, the number of Bewick’s Swans migrating from Arctic Russia to northern Europe has almost halved. Although researchers have identified several threats to swans, the exact reasons behind their decline remain a mystery.

Dench’s expedition is the culmination of internationally coordinated conservation efforts for the Bewick’s Swan. In 2012, as the numbers of these waterbirds reached an alarmingly low level, an international action plan was agreed by countries along the birds’ flyway. This conservation strategy, which was adopted by the UNEP-administered Agreement on the Conservation of African-Eurasian Migratory Waterbirds (AEWA), identifies threats to the Bewick’s Swans in different parts of their range, and outlines how each country can contribute to the species’ recovery.

“Estonia’s conservation measures for the Bewick’s Swan are an important contribution to the implementation of the International Single Species Action Plan developed under AEWA,” said Jacques Trouvilliez, Executive Secretary of AEWA.

“But only cooperation and concerted actions by all countries along the swans’ flyway will ensure the survival of the species in the long-run. Hence, active engagement of all countries along the flyway – including of Russia -  as an important range state for millions of migratory waterbirds – is absolutely critical,” added Trouvilliez.

With its efforts to support “the Flight of the Swan” campaign and the establishment of a National Action Plan for the Bewick’s Swan, Estonia demonstrates how these internationally agreed conservation measures can be successfully implemented at a national level. Estonia is situated along the “migration highway” of the east Atlantic flyway situated at a crossroads for seasonal migrations of several million migratory birds every year. Since joining AEWA in late 2008, Estonia has benefited from supporting transboundary waterbird conservation initiatives under the Agreement. Conservation workshops and awareness-raising activities taking place today and throughout the week will help deliver key actions to restore Bewick’s Swans to a favourable conservation status and promote the wetland habitats that migratory waterbirds depend upon. 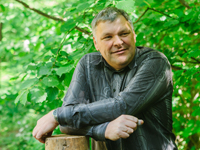 “Estonia is aware of its responsibility for Bewick Swans’ wellbeing,“ said Marko Pomerants, Minister of Environment.“We are worried about the declining trend of this species and we encourage our neighbours to analyse the reasons for it, and if necessary to create a plan of action the way Estonia has done.“

“We have set the goal of creating adequate habitat on our wetlands for the migrating swans. By compensating the damage to farmers, maintaining coastal meadows and setting a general hunting ban on the main stopovers, we will create the opportunity for the swans to feed with minimal disruption,“ added Pomerants.

“Birds, including swans, are very important in ancient Estonian folklore. There’s a proverb: ”Cranes are gone - weather is mean; geese are gone - frost will fall; swans are gone - snow will come.” In order to plan our lives like we always have, we all have to work in the name of having both these snowy winters and the swans that predict them.“

“The Flight of the Swans” puts a totally new spin on the migration story of a single Swan species. With a record-breaking 7,000km paramotor flight following the migration path of the Bewick's Swans from the Arctic to their Western European wintering sites, the expedition will not only capture the story not only of the swans’ migration but also of the landscapes and the people along the way. It will highlight the importance of wetlands, of the many stakeholders along the route who help ensure the future of the Bewick’s Swans. The flight and associated events will attract significant publicity across national boundaries.

Since taking off on Monday, 19 September, Dench has been flying for around six hours a day and stopping to refuel every couple of hours along the way. Dench has also been visiting local settlements to present “the Flight of the Swans”. Twice a week she broadcasts video diaries, detailing her progress and encounters with the swans and the people she has encountered along the way. Her progress is being tracked by satellite which you can follow here.

“But my biggest hope is that we gain a better understanding of what is going wrong for the Bewick’s Swans. They each first make this long journey at just a few months old, and they return here to their birthplace every summer for the rest of their lives. It’s an extraordinary lifestyle, but sadly fewer and fewer are surviving.”