Workshop Prepares Ground for International Action for the Velvet Scoter 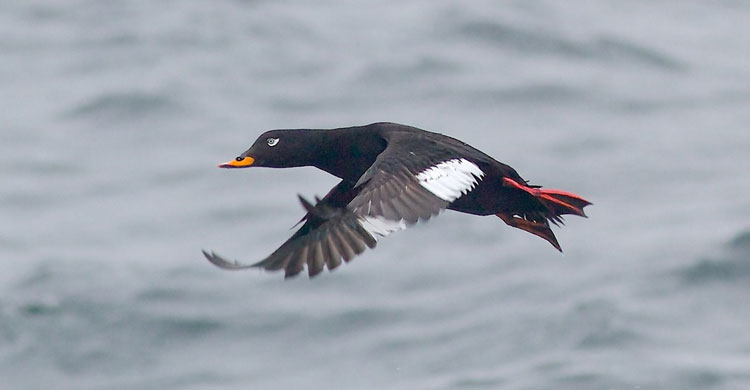 Bonn, 21 October 2016 – a two-and-a-half-day Planning Workshop was held in Vilnius, Lithuania from 4 to 6 October to identify the goals, objectives, expected results and actions to be undertaken under the proposed International Single Species Action Plan for the Nordic population of the Velvet Scoter (Melanitta fusca) under AEWA.

The workshop was organized within the framework of the LIFE14 EuroSAP Project, which is coordinating efforts for international species recovery. The project is being sponsored by the European Commission and managed by BirdLife International.  The German Federal Ministry for the Environment, Nature Conservation, Building and Nuclear Safety co-sponsored the workshop, which was hosted by the Lithuanian Ministry of the Environment and organized by the Lithuanian Ornithological Society, LOD.   Attendees included representatives of Denmark, Estonia, the European Union, Finland, Germany, Lithuania, Norway, Poland, the Russian Federation and Sweden as well as observers from NGOs and invited experts.

“At AEWA we are very concerned about the continued decline of many of our seaduck species - such as the Velvet Scoter - particularly as the drivers behind their deteriorating status are not properly understood.”

The Velvet Scoter belongs to the seaducks, a group of species which primarily nests inland but spends most of the time outside of the breeding season at sea.  Two distinct populations are recognized: one in Western Siberia and Northern and Northwestern Europe, which will be the subject of the ISSAP, and a smaller one around the Black and Caspian Seas.  Surveys conducted around the Baltic Sea in 2011 indicated a decline of 60 per cent since the 1990s – with an estimated population of 450,000-500,000 down from 1,000,000.  The Black Sea/Caspian Sea population is probably around 1,500.  The main threats to the species include habitat loss in its breeding and wintering areas, bycatch in fishing gear, pollution and human disturbance.

The workshop heard reports on the status, distribution, threats and conservation measures from all the Range States present.  The AEWA Technical Officer, Sergey Dereliev led a series of facilitated sessions, identifying the root causes of the threats faced by the species and establishing the action framework of the future Plan. At the workshop it was ascertained that knowledge about the species was incomplete and the plan would also have to include an extensive research and monitoring programme to increase understanding of the drivers of population decline and allow better conservation planning and action in future.