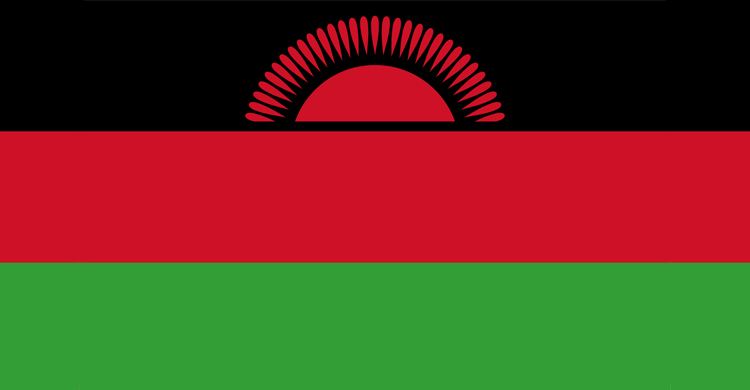 The Republic of Malawi is acceding to AEWA becoming the 80th Party on 1 September.

Bonn, 30 August 2019 – The Republic of Malawi is acceding to AEWA becoming the 80th Party on 1 September. It is at the same time joining the Convention on the Conservation of Migratory Species of Wild Animals (CMS).

Malawi, capital Lilongwe, is a landlocked country of Southern Africa with a population of 18 million people and an area of 118, 484 km2.  It has borders with Zambia and the United Republic of Tanzania to the north and with Mozambique to the south.  The Great Rift Valley runs through the country, which also has shores on the west side of Lake Malawi (also known as Lake Nyasa).  The plateaus of the mountainous regions of Malawi lie at an altitude of 900-1,200 metres and the highest points – Zomba and Mulanje – reach heights of 2,000 and 3,000 metres above sea level respectively.  The varied topography which includes mountainous regions, isolated hills and high plateaus, valleys, rivers and lakes and range of habitats including tropical and subtropical grasslands, savannas, shrublands (Zambezian and mopane woodlands), contribute to the country’s rich fauna. This includes elephants, big cats, primates, bats and a wide variety of some 636 species of birds including parrots, raptors, waders and waterfowl.

The country is currently known to have 21 Important Bird and Biodiversity Areas (IBAs), among which the Lake Chilwa and flood-plain IBA is worth noting. Located in the south-east of the country on the border with Mozambique, Lake Chilwa is host to 160 species of waterbird with a total population of 1.5 million individuals. It is also part of the Critical Network of sites identified as crucial for the survival of specific populations of migratory waterbirds including the Fulvous Whistling-duck (Dendrocygna bicolor), the Black Crake (Zapornia flavirostra), the African Skimmer (Rynchops flavirostris) and the Lesser Moorhen (Gallinula angulata).  The lake, which is one of Malawi’s two Ramsar Sites (Wetlands of International Importance), lies on the Asian-East African Flyway and was also designated a UNESCO Biosphere Reserve in 2006.

Malawi has to date not been a Party or signatory to any instruments concluded under CMS, so the Secretariats of AEWA and CMS both welcome the country to the CMS Family and look forward to collaborating closely with the national authorities to protect Malawi’s migratory wildlife.