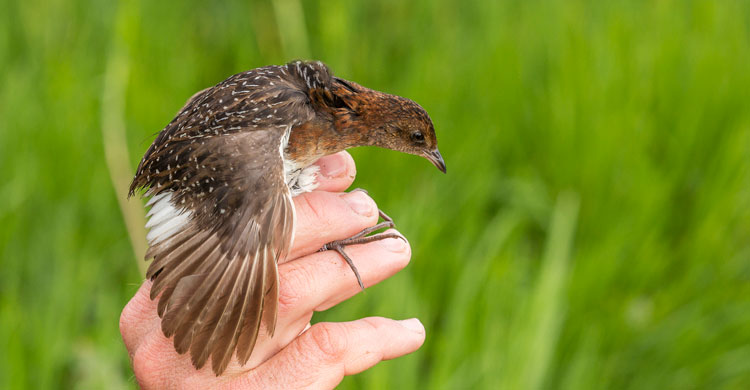 Bonn, 19 February 2018 – BirdLife South Africa announced exciting news last Saturday reporting the important discovery of only the second breeding site in the world for the Critically Endangered White-winged Flufftail (Sarothrura ayresi) and the first ever in South Africa. Previously, the only known breeding site was in the Berga wetland of Ethiopia, leading ornithologists to believe that the species was a non-breeding visitor to South Africa, with some mystery surrounding how it covered the 4,000 km distance between the two countries. The species' occurrence is confirmed from these two countries only.

Robin Colyn and Alastair Campbell of BirdLife South Africa have developed the innovative BirdLife South Africa Rallid Survey Method to help investigate the White-winged Flufftail’s behaviour.  In the 2017/18 season, they managed to take photographs of recently hatched chicks and fledglings, having earlier observed both male and female adult birds engaging in wing-flapping displays.

“We are still unsure what our findings mean for White-winged Flufftail conservation. Our survey method did however confirm a low abundance and, therefore, until further knowledge, our assumption holds that this species is extremely rare and it remains on the brink of extinction.”

A week earlier, a study published in the African Journal of Ecology and authored by geneticists from BirdLife South Africa and the National Zoological Gardens showed that the South African and Ethiopian populations of White-winged Flufftails were genetically similar with just three small sequence variations differentiating the two. These results suggest that indeed White-winged Flufftails most probably migrate between Ethiopia and South Africa. The conclusive evidence, however, has not yet been found.

“This very fresh and remarkable discovery of breeding White-winged Flufftails in South Africa as well as the results of the genetic study are major steps in improving our knowledge on and understanding of this elusive species. The ground-breaking work done by BirdLife South Africa has provided new insights and answers to questions that the conservation community had. At the same time, it raised new questions; the different hypotheses that we have now put forward will require further work to prove or disprove them.”

Sergey Dereliev, Head of Science, Implementation and Compliance at the UNEP/AEWA Secretariat 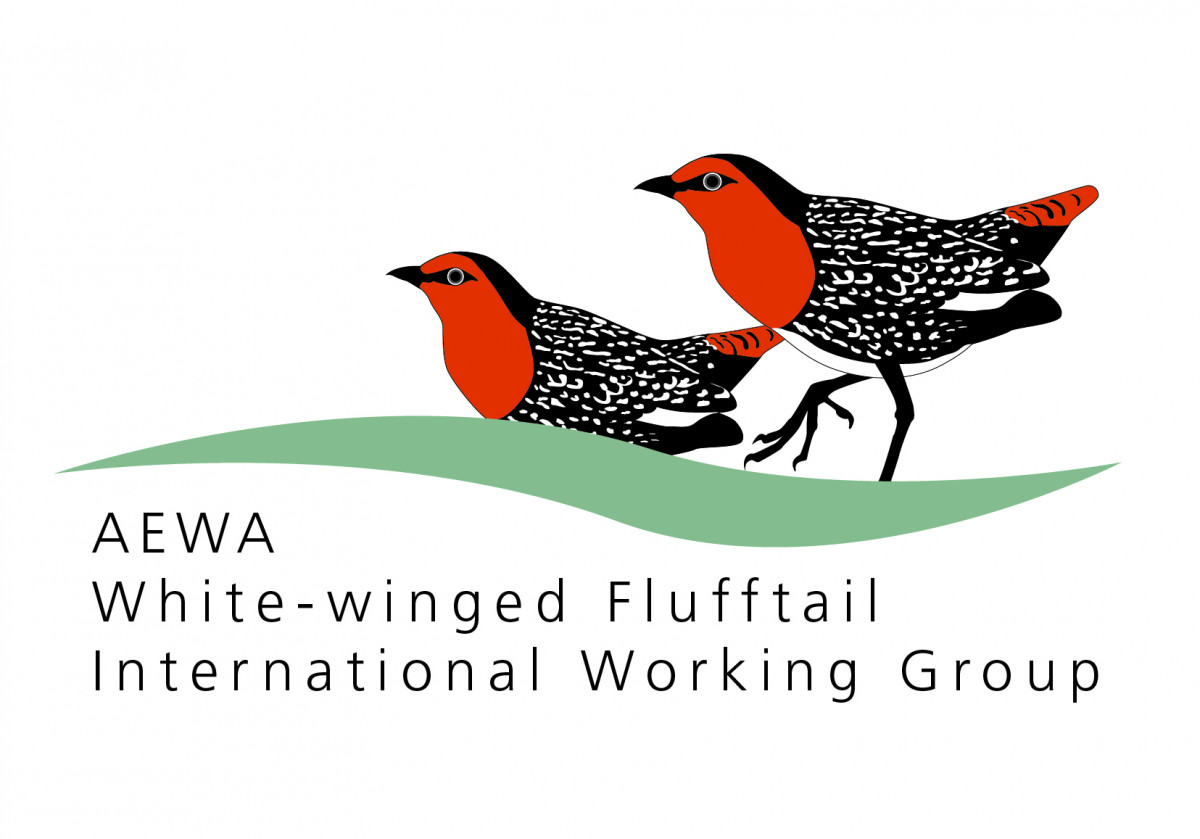 The international effort to save the White-winged Flufftail is guided by the CMS/AEWA International Single Species Action Plan for the species. Its implementation is being coordinated by the AEWA White-winged Flufftail International Working Group which involves the Governments of Ethiopia and South Africa as well as a range of partner organizations. The last meeting of the International Working Group took place in August 2015 hosted in Addis Ababa by the Ethiopian Wildlife Conservation Authority (EWCA) where a detailed implementation plan was agreed for the period ending in 2018.

The White-winged Flufftail is one of the five Critically Endangered species listed on AEWA and the second rarest AEWA species with only 250 individuals thought to be surviving.

In 2014 the Ethiopian Wildlife and Natural History Society (EWNHS) concluded a project on the conservation of the White-winged Flufftail supported by the AEWA Small Grants Fund. Further funding was recently raised by the UNEP/AEWA Secretariat from the European Commission to support follow up work in Ethiopia on the implementation plan agreed by the International Working Group in 2015.