Bonn, 30 October 2014 – A waterbird conservation project in Senegal, co-funded in the framework of the AEWA Small Grants Fund (2012 cycle), has just been successfully completed.

The project focused on support for the sustainable management of the Réserve Naturelle Communautaire (RNC) de Tocc Tocc, located in north-western Senegal. Implemented over the period May 2013 to September 2014, the project was led by the Directorate of National Parks (Direction des Parcs Nationaux, DPN) in Senegal, with active participation from local stakeholders. 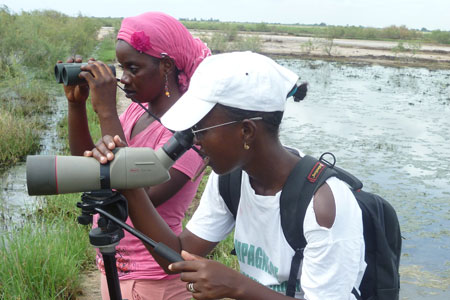 The RNC Tocc Tocc, created in 2011 by the Ronkh Rural Council in collaboration with the Department of National Parks, Wetlands International Africa and the NGO, Nature Tropicale Sénégal, was designated as Senegal’s fifth Ramsar site in September 2013. The reserve comprises the Lac de Guiers, a BirdLife International-designated Important Bird Area, which is also a major source of freshwater for the country’s capital Dakar. Being an integral part of the Senegal River Delta Transboundary Biosphere Reserve, the RNC Tocc Tocc boasts rich biodiversity and serves as home for large numbers of waterbirds.

In order to contribute to the sustainable management of the reserve, the project focused on strengthening habitat conservation and the waterbird population dynamics of the reserve, as well as increasing awareness of local communities and decision-makers of the importance of waterbirds and their flyways.

Numerous and diverse activities were carried out in the course of the project, yielding the following outputs: 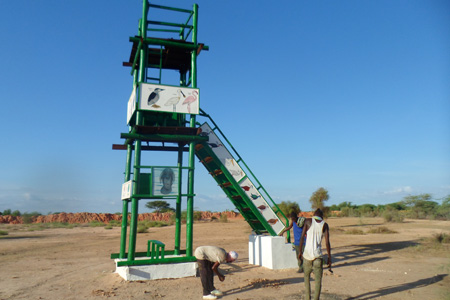 The UNEP/AEWA Secretariat congratulates the Directorate of National Parks, and all stakeholders involved, on the very successful completion of this project. We wish our project partner all the best in continuing to maintain the RNC Tocc Tocc as a haven for migratory waterbirds and other wildlife, with the active participation, and to the benefit of, local communities.

For more information on this project please contact Cpt. Abdou Salam Kane at ak7salam@gmail.com and Cpt. Ousseynou Niang at ousseynouniang@yahoo.com or rnctocctocc@yahoo.fr.

The AEWA Small Grants Fund became operational in 2010 and has since benefitted 11 conservation projects from 11 African countries with funds amounting to over €200,000. The next call for proposals will be launched in 2015.

By Birgit Drerup and Evelyn Moloko.