The first World Migratory Bird Day took place on 8-9 April, 2006. At the time, migratory birds were receiving very negative media coverage as a result of them being falsely believed to be the main cause for the spread of Avian Influenza (H5N1) around the world. So the idea arose to use the first World Migratory Bird Day to counter some of the negative and often unbalanced publicity migratory birds were receiving at the peak of the Avian Influenza discussion. For this reason the theme of the first World Migratory Bird Day in 2006 became: “Migratory birds need our support now!”. The centre of the campaign was a launching event called WINGS which took place on the edge of the Great Rift Valley in Kenya and was hosted by Ms. Kuki Gallman, a famous writer and conservationist.  Altogether, 68 other WMBD related events took place in all corners of the world to support the launch and the very first WMBD campaign. 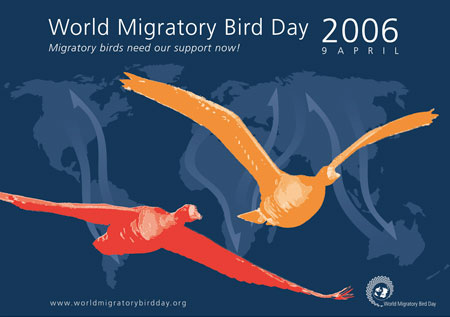