Five projects for a total of EUR 93,071 have benefited from support under the 2010 cycle of the Small Grants Fund, which was the first cycle of this AEWA support scheme. Two projects of the 2010 cycle - one from Kenya and one from Madagascar - have meanwhile been successfully completed, while activities are ongoing for three projects in Egypt, Ethiopia and Gambia.

The UNEP/AEWA Secretariat is particularly grateful for the voluntary financial contributions from the Government of France (EUR 56,500) and Switzerland (EUR 27,398) which went a long way to complement the EUR 20,000 from the AEWA core budget. 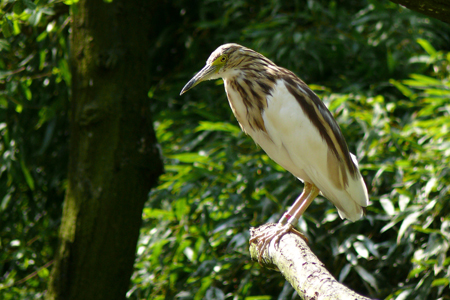 Both completed projects focused on the conservation of the Madagascar Pond-heron (Ardeola idae), a small heron listed as Endangered on the IUCN Red List of Threatened Species. Under the auspices of AEWA and the Convention on Migratory Species, an International Single Species Action Plan (SSAP) was developed for the species in 2008. The now completed projects addressed a number of the priority actions set out in this SSAP.

The first project was carried out in Kenya, in the non-breeding range of the Madagascar Pond-heron, by the National Museums of Kenya. In the course of the project implementation, a total of 102 wetlands were visited in order to identify key sites for the species and increase knowledge on its distribution, ecology and habitat requirements. A total of 49 Madagascar Pond-herons were recorded in 23 of the monitored wetlands, 16 of which had no previous documented occurrence of the species.

The project also enabled the training of six project monitors and some 50 African Waterfowl Census volunteers in the identification of the species. In addition, awareness-raising activities were carried out, such as the organization of a workshop at which the project results were presented, as well as the development and dissemination to various stakeholders of species posters and brochures. A newly set-up team of 17 individuals and 4 community-based organizations will be involved in future monitoring activities. 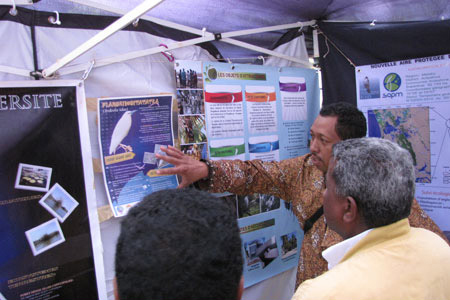 The second project was implemented in Madagascar where the species’ main breeding grounds are located. Led by Asity Madagascar, the country’s BirdLife International’s partner, and in cooperation with a number of governmental and non-governmental stakeholders, project activities included the development and maintenance of a database containing information on the heron’s distribution and ecology, as well as the establishment of a national expert network aimed at facilitating exchange of data on the Madagascar Pond-heron.

A monitoring programme was, furthermore, established which helped to identify two new breeding sites for the species (Lake Ravelobe and Lake Mataborimena). Overall, 17 sites were visited during the project phase and monitoring continues to be provided for 14 wetlands. In addition, a heron identification guide was produced and disseminated, and training on the identification of the species was carried out for key stakeholders. For the purposes of awareness-raising, posters, radio programmes and a film on the Madagascar Pond-heron, were produced and distributed or broadcast.

More information on this project can be obtained from Mr Rivo Rabarisoa, Asity Madagascar, at rivo.rabarisoa@birdlife-mada.org

The UNEP/AEWA Secretariat congratulates the project partners on the successful implementation of the projects which mark an important step towards the conservation of the Madagascar Pond-heron and are hoped to continue to produce sustainable results.

The three ongoing SGF projects of the 2010 cycle include:

For more information on the outcome of the assessment of projects proposed for funding under the 2010 cycle of the AEWA Small Grants Fund please click here.

For additional information on the AEWA SGF, please click here.