World Wetlands Day on 2 February Focuses on “Wetlands and Biodiversity” 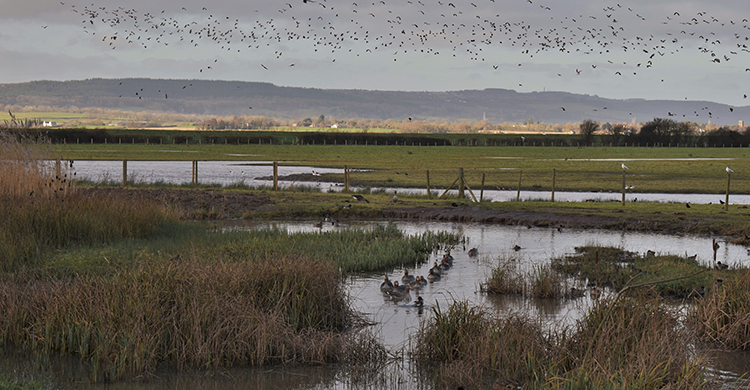 All kinds of wetlands provide not only food and habitat to biodiversity but also a lot of services to us. They need to be protected and when deteriorated, restored - Severn estuary/Slimbridge/UK © J. Trouvilliez

Bonn, 31 January 2020 – The AEWA Secretariat is happy to collaborate with colleagues from the Ramsar Convention as both organizations work to promote the conservation and sustainable use of wetlands. Waterbirds are an important and visible part of wetland biodiversity and ecosystems and are an excellent medium to highlight the importance of these habitats. The theme of this year’s World Wetlands Day, which is being celebrated on Sunday, highlights the importance of these habitats as an essential element in sustaining biodiversity including waterbirds.

The Ramsar Convention pre-dates the foundation of the United Nations Environment Programme and was the first global convention dealing with the protection of a specific type of habitat. The concept of a treaty dedicated to wetlands was first discussed in 1962 at the ‘MAR Conference’ (MARshes, MARécages, MARismas). The conference was organized by the late Luc Hoffmann at La-Sainte-Marie-de-la-Mer in the Camargue, South of France (the Camargue would later become France’s first designated Ramsar site).

AEWA and the Ramsar Convention work closely together, within their regional and global remits respectively. Together with the Food and Agriculture Organization, AEWA and Ramsar are also working closely on the RESSOURCE project on the integrated management of waterbirds and wetlands in Africa. The aim of this project is to increase knowledge of the importance of wetlands for conservation and to promote the sustainable use of wetland resources for the benefit of communities and the environment.

The biodiversity of wetlands can also underpin economic development and recreational activities as many people take part in bird watching on and around Ramsar sites.  On Lake Victoria, for example, fishermen, previously in conflict with the Shoebill because it preys on fish, have become “Ambassadors” for the species, and now conduct boat tours so that people can see the birds in their natural habitat.

World Wetlands Day has been observed annually since 2 February 1997 to mark the anniversary of the signing of the Ramsar Convention in the Iranian city of Ramsar in 1971. The convention is a treaty, the aim of which is to preserve wetlands and promote their sustainable use.