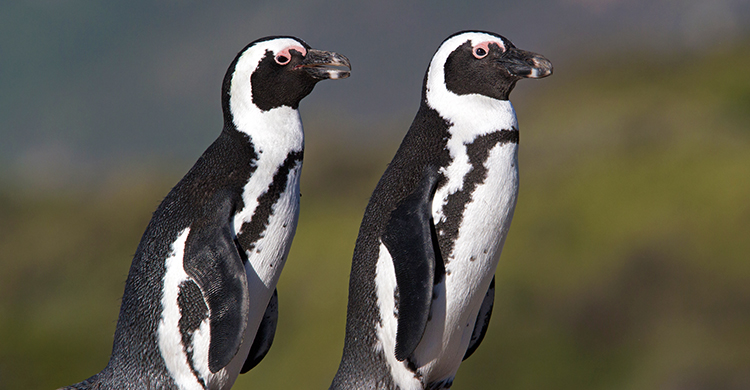 Internationalism seems to be falling out of vogue, but Jacques Trouvilliez, Executive Secretary of the Agreement on the Conservation of African-Eurasian Migratory Waterbirds (AEWA), holds his organization up as an example of how conservation objectives are being effectively achieved through cross-continental cooperation.
Durban, 3 December 2018 – The Agreement on the Conservation of African-Eurasian Migratory Waterbirds (AEWA) is a good, and certainly not the only example of international cooperation working well. It is a UN Treaty which operates on the basis of concerted actions. It has 78 members including the European Union with another 41 countries within its area eligible to join.
These Parties and the broad group of supporting bodies, such as non-governmental organizations, are committed to seeking solutions to problems ranging from climate change, habitat loss through changing land-use or poisoning arising from the use of lead ammunition.
And since the Agreement came into force in 1998, it has achieved a remarkable level of success, despite a background of formidable negative pressures with severely damaging consequences for the planet’s wildlife.
While the Worldwide Fund for Nature (WWF) recently released an alarming report showing that the planet had lost 60 per cent of its vertebrate wildlife in just 40 years, there was more encouraging news for migratory waterbirds for many of which population trends are positive, although some species are still critically endangered. But all in all, one thing is clear, the conservation efforts coordinated through and inspired by AEWA are having the desired effect when implemented on the ground by States, NGOs and dedicated volunteers.
South Africa is hosting the 7th Session of the Meeting of the Parties to AEWA (MOP7) which convenes in Durban December 4-8, 2018 with the slogan 'Beyond 2020: shaping the future for flyways'. At this important policy conference, AEWA Parties are determined to confound the cynics and prophesiers of doom and gloom and are gearing up to set ambitious targets to further protect migratory waterbirds across the African-Eurasian Flyway.
They will be making a major contribution to the development of global conservation strategies led by the Convention on Biological Diversity. There is no time for the Parties to rest on their laurels given the enormity of the threats and challenges. It goes beyond the survival of waterbirds and has a direct bearing on the future of the planet and all its inhabitants, humans included.
Migratory birds are not a peripheral issue; they matter a great deal serving as indicators of a healthy environment. There may also be dire consequences for humans whose wellbeing depends on biodiversity for food production, clean water or carbon sequestration, making biodiversity loss potentially as great a threat as climate change to mankind’s future. All eyes will be turned to the Katowice Climate Change Conference, but biodiversity is also part of the solutions to mitigate the impact of climate change.
International cooperation is a prerequisite if measures to conserve migratory waterbirds are to succeed in halting and reversing the decline of our wildlife. In its short existence, AEWA has proved to be an effective tool and prides itself on basing its actions on sound, impartial science.
Two of AEWA’s success stories concern the Black-tailed Godwit and White-winged Flufftail, for both of which International Working Groups have been established as part of the specifically tailored International Species Action Plans adopted by the Agreement’s Parties.
These Working Groups bring together governments, experts and other stakeholders to collaborate for one common goal: the restoration of the endangered species. There is evidence that this approach works – migratory waterbird species for which international cooperation structures have been established and actions implemented on the ground are in general faring better than those without such a support network.
The elusive Critically Endangered White-winged Flufftail is only found in South Africa and Ethiopia. Implementation of actions led to the important discovery by BirdLife International’s researchers of only the second breeding site in the world and the first ever in South Africa. Finding critical sites throughout flyways is crucial to ensuring that they are adequately protected and managed before it is too late.
The globally threatened Black-tailed Godwit connects Europe and Africa – and although the challenges facing the species vary between the regions, there are similarities as well including threats posed by changes in agriculture (from the intensive agriculture in the breeding areas Western Europe to increased intensive rice farming in Western Africa). The International Working Group enables governments and species experts from both Africa and Europe to work together and support each other in identifying and implementing the best possible conservation actions for the species.
AEWA is far from being just a talking shop producing papers and resolutions. It fosters action on the ground and will continue to do so through its focus on improving capacity, exchanging expertise and sharing experiences among countries committed to conserving African-Eurasian waterbirds.
Dr. Jacques Trouvilliez is the Executive Secretary of the Agreement on the Conservation of African-Eurasian Waterbirds (UN Environment/AEWA)