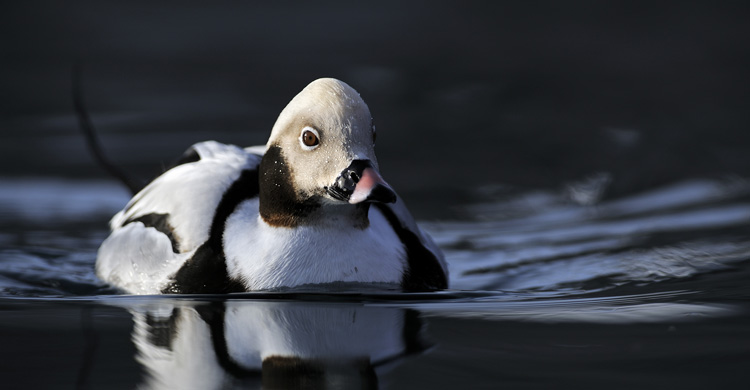 Roosta, Estonia, 25 April 2014 - Government representatives and experts from key range states and the international conservation community came together for a three-day AEWA action-planning workshop for the Long-tailed Duck (Clangula hyemalis) on the 23-25 April 2014 in Roosta, Estonia. The workshop was hosted by the Estonian Environmental Board  and the Ministry of the Environment of Estonia and co-organized by the UNEP/AEWA Secretariat, Wetlands International and the Wildfowl & Wetlands Trust (WWT). The workshop was facilitated by WWT.

Two Long-tailed Duck populations occur within the AEWA region. While the Iceland & Greenland population is thought to be stable at 100,000-150,000 birds, the Western Siberia/North Europe population is believed to have declined by ca. 65% from 4.6 million birds in 1993-1995 to 1.6 million birds in 2007-2009. This large and fast decline has led to reclassifying the Long-tailed Duck in 2012 to globally threatened on the IUCN Red List (category “Vulnerable”).

Data presented by range states at the workshop shed little light on the reasons for the current decline. Enhanced research efforts will be needed in order to determine the underlying ecological mechanism driving the decline which could be linked to ecosystem disturbances possibly taking place in several parts of the flyway. Such factors could consequently lead to low breeding propensity and low productivity that could be behind the observed decline.

Countries agreed in principle that threats leading to direct mortality such as oil spills, by-catch in fishing nets and hunting cannot fully explain the extent and speed of the downward population trend. Other concurrent factors in the wintering areas such as windfarms causing avoidance and exclusion of feeding habitat, other forms of pollution as well as eutrophication, spread of an alien invasive species of fish in the Baltic Sea competing for food could have a cumulative effect and cause indirect mortality and impact on productivity. 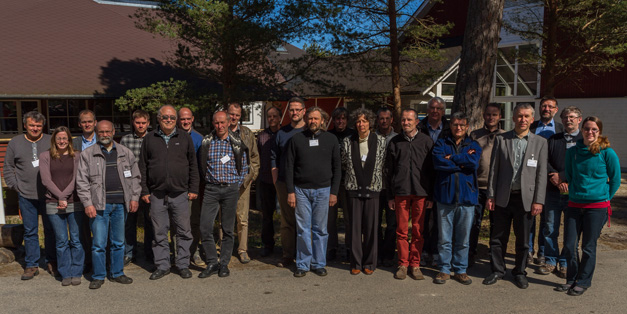 At this stage, in addition to increasing knowledge and understanding of the major factors driving decline, the population status and the distribution and key sites, other objectives set at the workshop relate to reducing the impact of the other factors causing direct or indirect mortality as well as deterioration of quality and decline of extent of feeding habitats.

WWT’s Richard Hearn - who is also the Chair of the IUCN-SSC/WI Duck Specialist Group - will be leading on the drafting of the Action Plan for the Long-tailed Duck, with a final draft expected to be ready for formal consultation with all range states during the coming autumn. The Action Plan is expected to be formally adopted at the 6th Meeting of the AEWA Parties in November 2015.

On day three, workshop participants had the opportunity to visit some sites along the Estonian Baltic Sea Coast where they observed a good number of Long-tailed Ducks together with other seaduck species, such as Velvet and Common Scoters (Melanitta fusca and Melanitta nigra), and other waterbirds on their way to the breeding grounds.

The workshop was kindly funded by the German Federal Ministry for the Environment, Nature Conservation, Building and Nuclear Safety, the UK Department for Environment, Food and Rural Affairs, the Estonian Environmental Board and the Estonian Ministry of Environment as well as the European Commission.