Bonn, 31 October 2016 - Key Range States from the AEWA populations of the White-headed Duck (Oxyura leucocephala) as well as priority countries where the invasive Ruddy Duck occurs came together for the 1st Meeting of the AEWA White-headed Duck International Working Group from 24 to 26 October in Madrid, Spain.

The main task tackled by the meeting was to start the revision of the CMS/AEWA International Single Species Action Plan for the White-headed Duck, which was originally adopted by the AEWA Meeting of the Parties as well as the CMS Scientific Council in 2005.

Over ten years since the adoption of the 2005 Action Plan, Working Group members concluded that many of the key threats to the survival of the species remain the same; illegal killing, accidental shooting and drowning in fishing nets, as well as habitat loss and degradation throughout the flyways were still identified as the most crucial causes behind the decline of these diving ducks. In addition, and despite much progress made during the past years under the auspices of the Bern Convention, the continued occurrence of the invasive Ruddy Duck (Oxyura jamaicensis) in Europe remains an additional key threat. 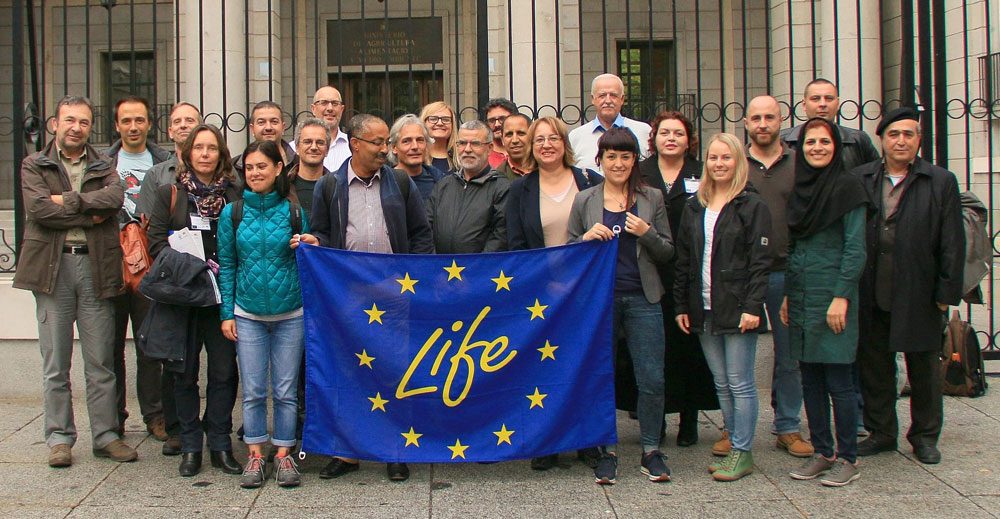 Working Group members also agreed on next steps regarding the establishment of coordinated monitoring of the species within the AEWA region as well as with regard to securing a Coordinator to organise the future work of the Group. It was agreed that the next meeting of the Working Group could take place in Tunisia in two to three years’ time, which would also serve as an opportunity to support Tunisia in its efforts to monitor its breeding population of White-headed Ducks.

The meeting was kindly hosted by the Spanish Ministry of Agriculture, Food and the Environment at their premises and was organized by the Spanish Ornithological Society (SEO/BirdLife) in the framework of the EU LIFE EuroSAP project (LIFE14 PRE/UK/000002) which is being coordinated by BirdLife International with additional funding provided by the Italian Ministry for the Environment, Land and Sea as well as the MAVA Foundation. Facilitation of the meeting was provided by Dr. Robert Sheldon on behalf of SEO.

The meeting documents are available on the AEWA website.