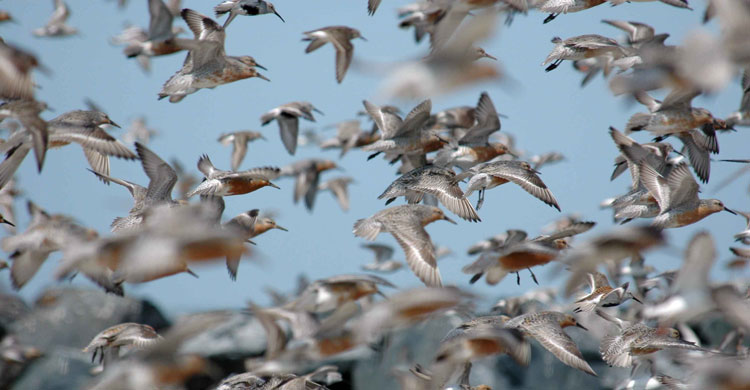 On 26 October 2017 in the margins of the CMS COP12 in Manila, Environment for the Americas (EFTA), the Agreement on the Conservation of African-Eurasian Migratory Waterbirds (AEWA) and the Convention on Migratory Species (CMS), announced an innovative partnership to increase awareness of the plight of migratory birds around the world. The new partnership formally unites two of the world’s largest bird education campaigns, International Migratory Bird Day (IMBD) and World Migratory Bird Day (WMBD) in a bid to strengthen global recognition and appreciation of migratory birds and highlight the urgent need for their conservation. From 2018 onwards, the new joint campaign will adopt the single name of “World Migratory Bird Day” and major events to celebrate the day will be organized twice a year, on the Second Saturday in May and in October. 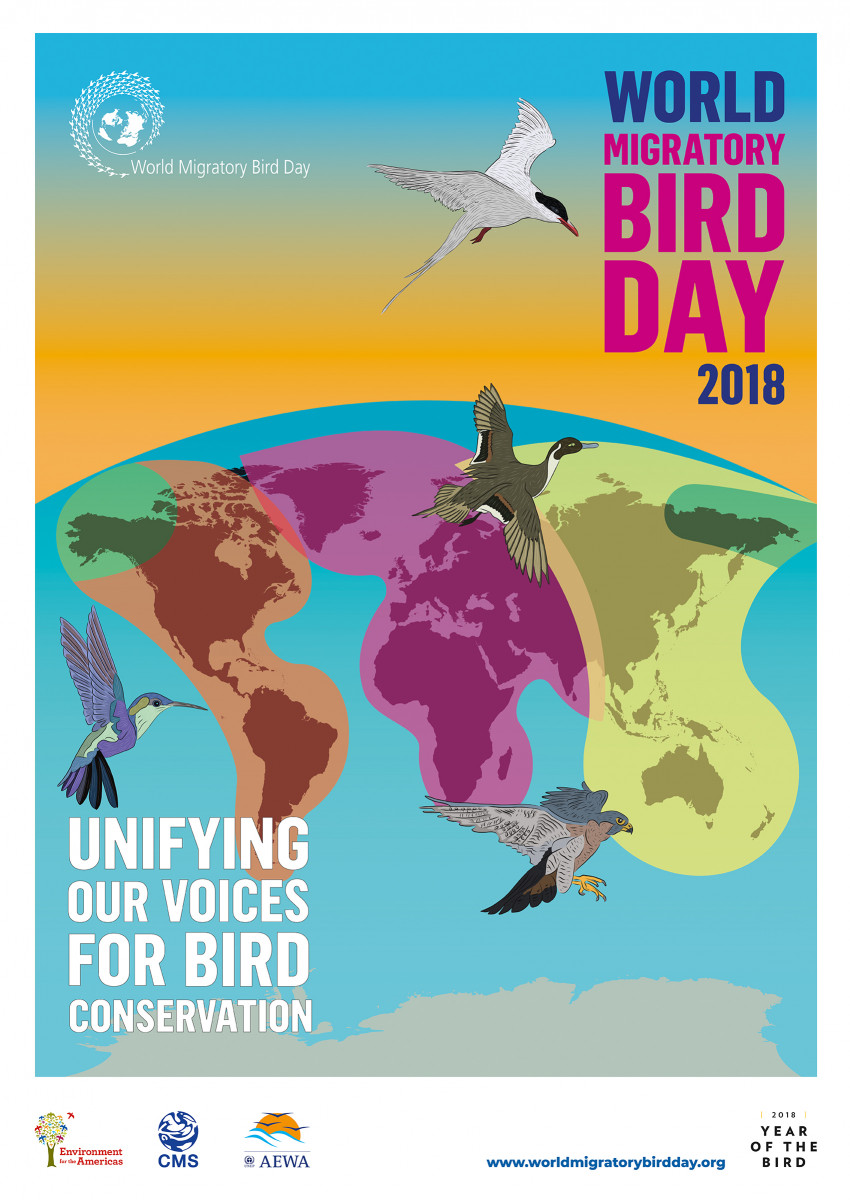 Bonn, 23 January 2018 - The year 2018 marks a new start for World Migratory Bird Day as it now unifies the planet’s major migratory bird corridors, or flyways, namely the African-Eurasian, the East Asian-Australasian, and the Americas flyways. Furthermore, to make celebrations even more successful and relevant to bird supporters all over the world, WMBD will now have two peak celebration days in the year - the second Saturdays of May and October - and can in addition still also be celebrated all around the year, whenever migratory birds are present in a given locality.

Therefore 2018 is an important transition year in the history of World Migratory Bird Day. Bringing together even more people around the world, WMBD aims to reach out to a broader audience and amplify its message for bird conservation. As a new global platform that unifies efforts worldwide, WMBD will be reinforcing education and awareness-raising about the need to protect migratory birds and their habitats - at all different levels, in all parts of the world.

With “Unifying our Voices for Bird Conservation” as its theme for 2018, in the “Year of the Bird”, WMBD is focusing clearly and strongly on the development of its new identity and the need for people celebrating WMBD around the world to communicate and learn from each other, across borders, within and between the world’s flyways. Through the activities being undertaken on these three flyways and the resulting exchange of information, WMBD wishes to increase the level of awareness about the threats – both general and specific – that birds are facing. By comparing their experiences and concerns, sharing their stories and activities, people around the world will make their voices and actions reach out even further, throughout the flyways, underlying the fact that bird conservation is, indeed, a global issue.